Hi, guys! Every grindster needs to be in good physical shape, so, do you do morning exercises or something?)

Olli: Can't focus on sports really. I should, though. Getting fat. No gigs equals more fat.

Pete: Music saved me from sports very early. Playing grindcore is very much like doing sports but I'm still getting fat. Yay for metabolism slowing down after turning 30! Or was it 25? Pass the beer, please.

Patrik: Drumming is my only exercise for now and I'm too lazy to rehearse so I'm getting fat too. Trying to keep an eye on my nutrition.


In almost 10 years you released 3 full-lengths and only one split. Something needs to be done here, where’s split with Agathocles?)

Olli: Wait, what? We are 9 years old! In the beginning, Feastem was more like project based, nothing too serious for the first couple of years. We weren't as, should I say, driven to go to the studio back then as we probably are now. The pace of releasing an album every other year is not enough? It all comes to fitting the band in 4 different peoples lives. We are not that young anymore.

Pete: 9 years is almost 10 years, Olli. I would agree with the interviewer in this, a split with Agathocles is needed! Hey Agathocles, if you see this, get in touch!!! We're all pretty busy with our day to day lives and other musical endeavors too, we all have other bands, jobs, family, school and... shit, so we're doing the best we can here! I don't think the world can handle too many Feastem releases in a too short period of time. We gotta let the universe breathe a little after every record...

Patrik: To be honest I'm not a huge fan of studio sessions. Even though they are usually just 2-3 day sessions but still they can be very stressful, being the perfectionist that I am. So basically I'm quite satisfied of our discography so far. 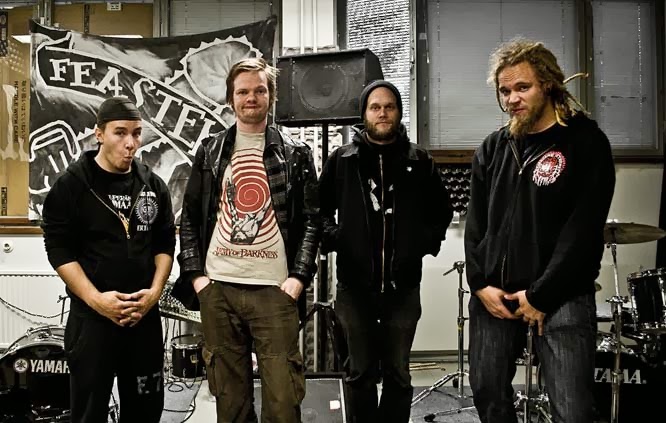 While writing your music you were inspired by Nasum, Rotten Sound and other similar bands, am I right?

Olli: Nasum this, Rotten Sound that. My inspiration is psytrance basslines. I rip them all the time.

Pete: Yeah, Nasum Schmasum. Rotten who? Never heard of them, sorry. My inspiration comes mostly from the underlying existential tension in movies from Genet, Tarkovsky, Kurosawa and Bergman. I also like Spongebob Squarepants and Franz Kafka.

Patrik: My inspiration is blastbeats and Scooter.

Patrik and Olli, you’re also playing in Afgrund. Is it hard to go in other country to rehearse? What’s new in Afgrund overall?

Olli: We don't really rehearse. We plan to do some stuff later this year. Lots of ideas in the idea jar.

Pete: How many grams of "ideas", Olli?

Patrik: Well, I'm quite used to practicing by myself alone so I trust that everyone else is doing that too. Everyday life gets more expensive day by day so traveling costs are just too much to even think about, not to mention that I have to maintain/update my drum kit from time to time... Why the fuck am I living in Finland?

And what about MTV conquest?) Had any thoughts about making a kickass video or even DVD?)

Olli: MTV conquest! That's what we need to do. Kickass live would be cool idea though.

Pete: When was the last time you saw music videos on MTV? Maybe we should do a reality show instead. "My Sweet Grindcore Fiasco" would be a fitting title. We've had a few ideas for a video but haven't yet decided which one to use (idea jar, anyone?) or find the right people to do it. 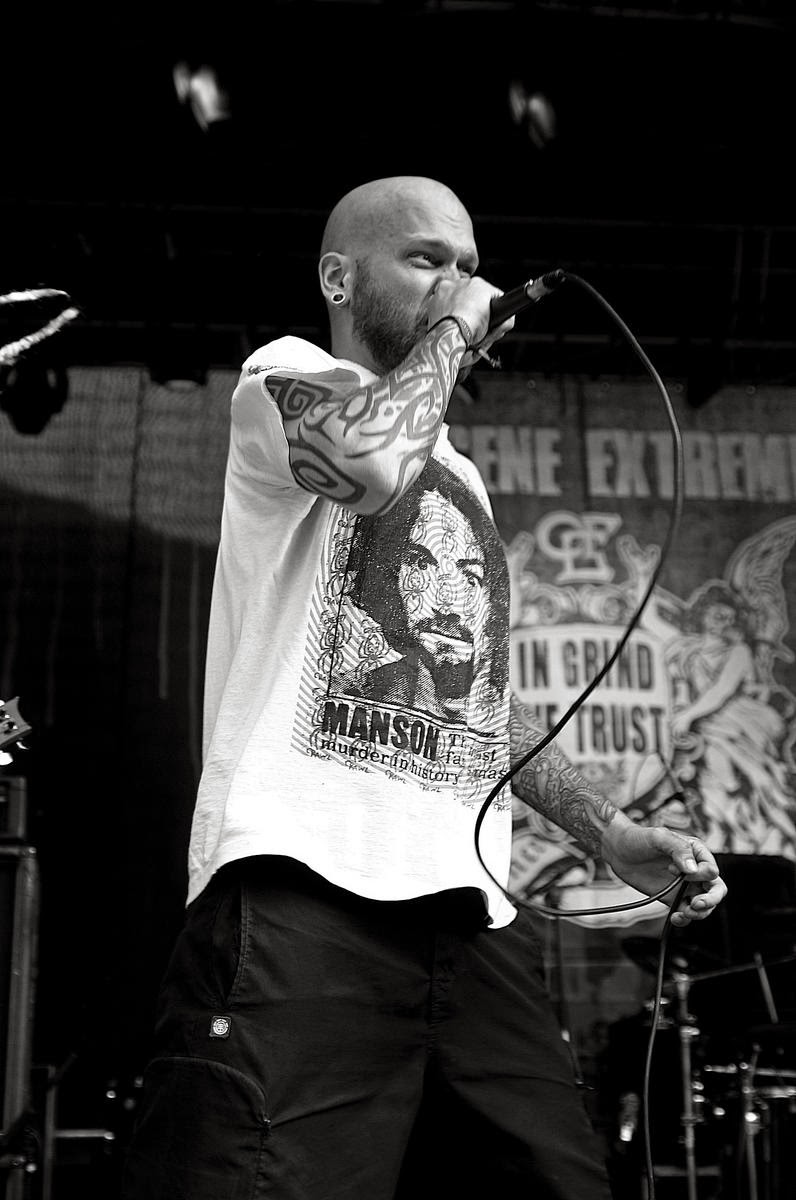 Historically, black metal is very popular in Finland. What do you think about all this worshipping of Satan, pentagram’s painting and sacrificing goats and all that stuff?)

Olli: Isn't Satan worshipping basically a religion too? I hate religions. Sound is cool though.

Pete: I love black metal, some of it is actually great music. However, I'm allergic to strict ideologies and general stupidity. Satan, Jehovah, The Spaghetti Monster, Tooth Fairy... I'm cool with whatever floats your boat spiritually but religions are like penises (and I'm quoting the Internets here): It's fine to have one and it's fine to be proud of it, but please don't whip it out in public and start waving it around... and PLEASE don't try to shove it down my child's throat.

Patrik: I've always been and still am a huge fan of black metal. I wasn't really interested in any bands' ideologies, i just listened to the music, the riffs, drumming and dark atmospheres. Didn't even read the lyrics and I still don't. May seem funny but hey, I'm just a drummer.

It’s no secret that your lyrics are oriented on social problems. What’s the most effective way to fight the “system” and what’s the biggest problem or problems that tears humanity down, in your opinion?

Pete: The most efficient way is to pay attention, find about what's going on in the world around you, figure things out for yourself, make an effort, participate, vote and if all that fails (which it usually does), protest and fight for what's right, you should know by then if you've taken the time to figure things out. The biggest problem facing humanity is, by far, greed. It has lead to mass murder of people and animals, waves of poverty and injustice, uneven distribution of resources and wealth, destruction of the environment and lots of other totally uncool shit. It will ultimately be the end of civilization as we know it.

Your new album was released on a cassette. It wouldn’t have been something out of ordinary, but who came up with the idea of painting it (yes, my dear readers, exactly painting it, with paint, heehee))?

Olli: Me and Petri I think. We hand painted every each one of them in one night with acrylic paint and markers. Something like 70 of them? You should have seen Antti's (our former bassplayer) cassette. It was pink! Good times!

Pete: What he said. We got together one night, drank some whiskey, listened to Black Sabbath and went ballistic with those tapes. Now they're all unique, like special snowflakes. There's still a few left in our webstore, if you're interested in getting one.

Patrik: I just listened to Scooter and jerked off 600km away. 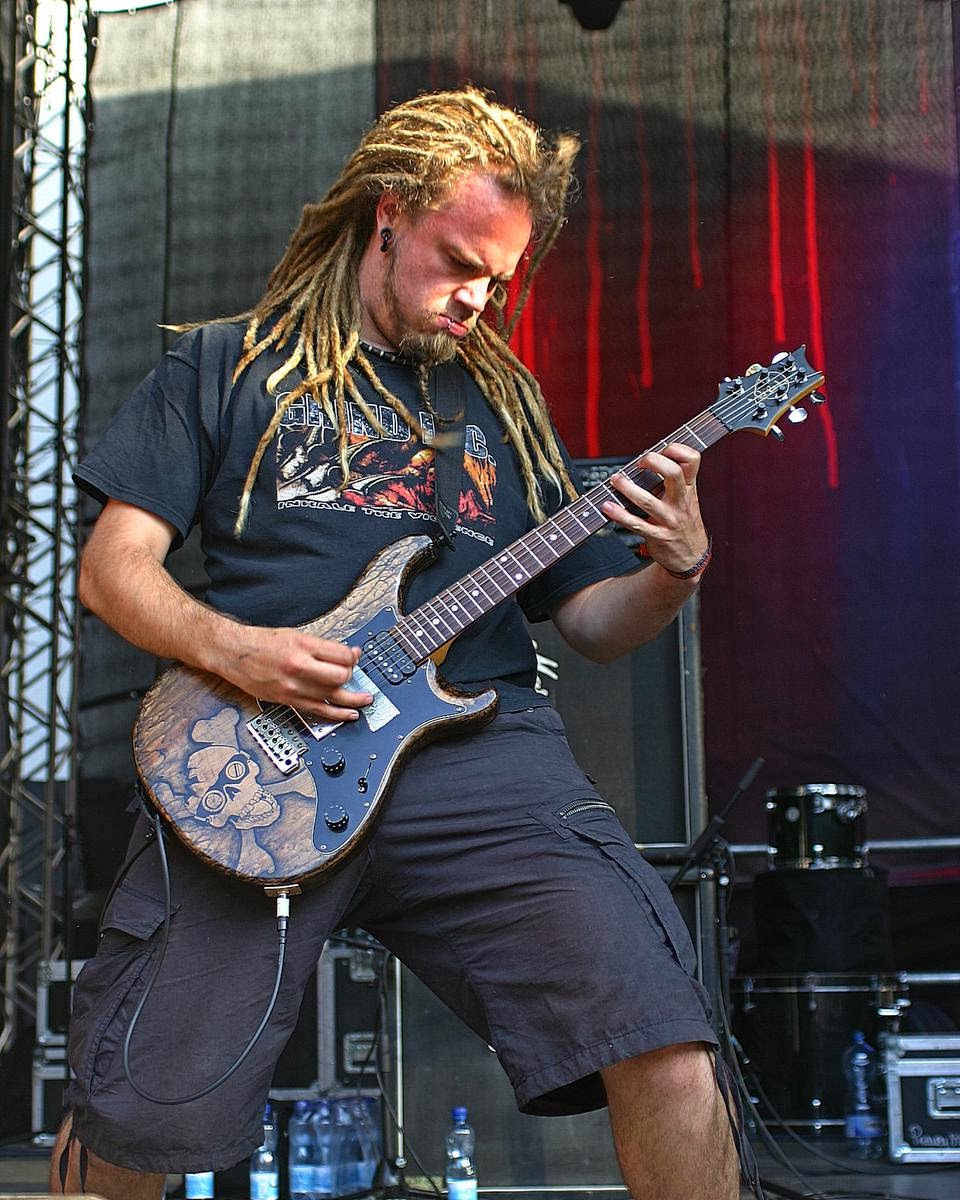 What is the most difficult part of your band’s activity (gigs, early waking with hangovers when you need to went somewhere, sleeping in tight trailers…)?

Olli: As you grow older, the hangovers have become a big issue for me. I've seriously had 3 day hangovers. Damn.

Pete: I guess everybody except me and Olli living in different cities is the biggest problem. Patrik lives like 600km away from us so that puts a bit of a damper on setting up spontaneous jam sessions. Playing gigs is the best part of this thing! Hangovers, not a big deal, you get what you ask for, I guess. Sleeping in weird places, not a problem if you're "properly medicated", if you catch my drift.

Patrik: Organizing gigs is the biggest issue I think. Many people are asking us for gigs in Europe but the fact is that we can't afford to go anywhere just for one gig. So we have to organize a tour and it's very frustrating for everyone, we have to schedule our work, money and other things at least 6 months earlier. And for me it's stressful because I'm unemployed at the moment and I live so far away.

What do you think about your Finnish brothers-in-grind and their last releases: GAF, Rotten Sound, Cut To Fit, Nistikko?

Pete: Unbomazing? You just made that up, didn't you? But you're right, the Finnish grind scene is pretty awesome right now, besides the SICK bands mentioned above, there's also Spawn From Deceit, Death Toll 80K, Disare, Inferia... I'm forgetting some bands but you can't win all the time, can you? We love all our grind brethren here in Finland, you can never have too much blastbeats!

What do you like and what do you hate about each other, what keeps you together?

Pete: These guys are the funniest bunch of weirdos I've ever had the pleasure of meeting / playing with. Sure, they're idiots and can't keep their shit together to save their lives but nobody's perfect, right? I truly love them like the brothers I didn't have (well, I have one brother but he doesn't understand blastbeats). It's the grind that binds us.

Patrik: I hate the fact that we can't spend enough time to rehearse and chill out. And Olli's distortion pedals, especially the patch cables.

Common question, but I guess I cannot avoid it) What’s your plans for 2014? Maybe world tour, or maybe big vacation?)

Olli: We are gonna tour Germany in April. In the summer we got couple of gigs, but I think we are gonna take the summer little easier. There is one big gig coming too. Stay tuned!

Pete: Yep, German tour in April, the world will have to wait. We're also playing Mumakil's 10-year anniversary show in Geneva on March 29th, should be fun! I'm hoping we're going to write and record some new stuff in the summer...

Thirteen question, and it’s about evil spirits, hehe) Do you see trolls when you drink too much? And how do you deal with them?)

Olli: Usually I take my twinblade axe in my other hand and copper shield in the other and hit everything that moves. I wear a jacket made out of cow skin. Screaming at them usually works too. Yelling "MIDNATTENS WIDUNDER!" is a sure thing. They usually die laughing.

Pete: Good one, Olli. Here, have a rimshot. The only time I see trolls is on the internet. Ignore them, and they shrivel up and die.

Patrik: I'm always the last one to start drinking so all I get is an empty beer casket...

Have you ever heard some nonsense and evil talks about Feastem?

Pete: I haven't heard anything (except that Olli is shit in bed). Too much bullshit in the world, I try not to pay too much attention to it, it's all a waste of good energy. I'm allergic to negative shit-talkers.

Well, our train has come to its destination. Thank you very much for this interview. Cheers and don’t drink too much)

Pete: What is this "drinking too much" you talk about? Thanks for the interview, it was fun! Oh yeah, our latest album is nominated in Metal Storm.net's annual awards so if you could go ahead and vote for us, that would be great: link Cheers and KEEP GRINDING!!!